You are here:
Parties Anniversaries Milestones 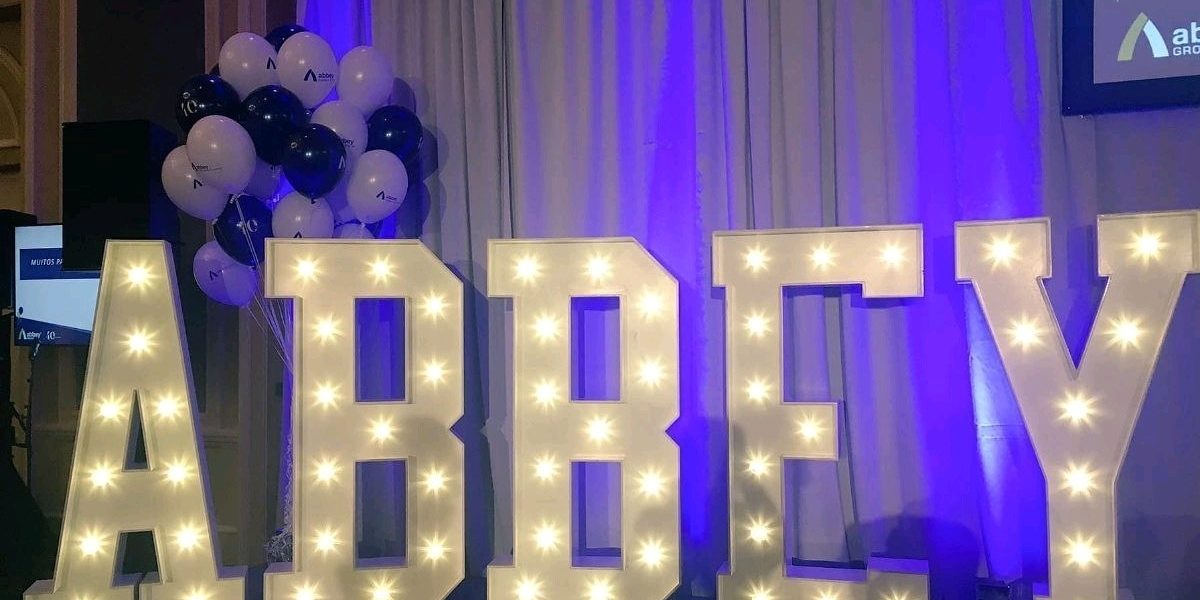 Abbey’s 40th anniversary. Abbey Group was delighted to celebrate their 40th year in business on the 40th day of 2018. The company has evolved significantly from opening in Abbey St Dublin in 1978 to now employing over 160 staff across offices in Dublin, Edinburgh and London.

One of Irish tourism’s most successful companies – the Abbey Group –was founded by Brian McColgan.  Hollywood LED Letters provided the 5ft high giant light up letters and numbers – ABBEY 40 – on stage for the company’s 40th anniversary at the Intercontinental Hotel Dublin. 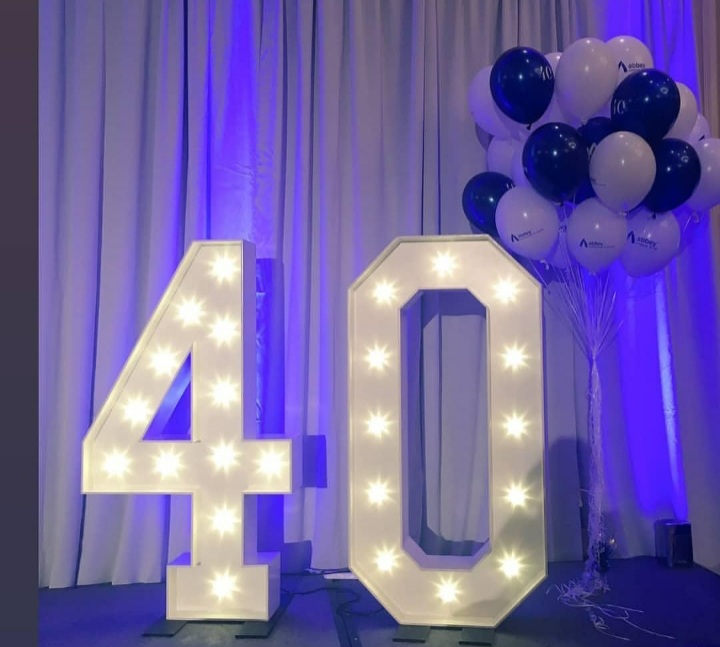